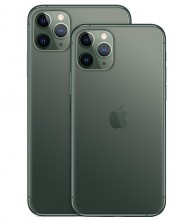 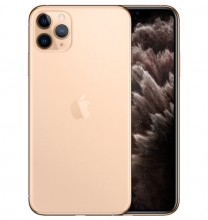 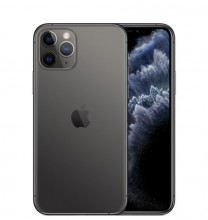 The triple camera is feature that makes these phones worth buying. The new member here is a 12MP ultra wide-angle camera (13mm or 120°). It enables 0.5x optical zoom to fit more in the photo – or the video, like the other cameras this one can record 4K video at 60fps with Extended Dynamic Range.

The 12MP telephoto camera (52mm, 2x optical zoom) gets a brighter aperture than before, f/2.0 (up from f/2.4). It features improved autofocus with focus pixels. Meanwhile, the main 12MP camera gets full coverage of focus pixels – it’s effectively a Dual Pixel AF system.

Apple did some clever things to improve the camera performance. It calibrated the three cams at the factory and made them talk to each other. So, once one camera gets a focus lock and adjusts the exposure, the other cameras can use to values to get a running start when you switch to them.

Even more clever is the upcoming Deep Fusion feature, Apple’s take on HDR+. It will use the faster and more power efficient Neural Engine to combine four short exposure shots and a long exposure enhance image quality. There’s a new Night mode as well.

The TrueDepth selfie camera matches the rear cameras – it now has a 12MP sensor (up from 7MP) with 4K/60fps video recording and extended dynamic range (capped at 30fps, though). The Smart HDR feature has been enhanced compared to the XS generation too. Also, FaceID is now 30% faster.

The battery upgrade is huge, even if not glamorous. Apple finally decided to include a fast charger with the flagship iPhones – an 18W charger with a USB-C to Lightning cable. 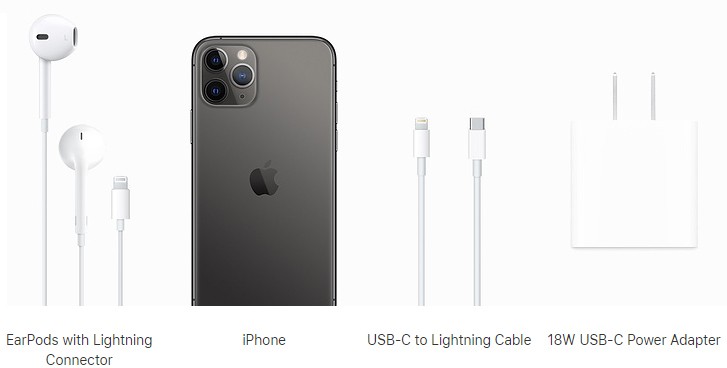 Battery life is improved as well. Apple doesn’t quote caoacities, but the iPhone 11 Pro lasts 4 hours longer than the iPhone XS, the iPhone 11 Pro Max beats the XS Max by 5 hours. Yes, you could use an iPad charger on older models and get fast charging, but battery longevity and faster charging will greatly improve your day to day usage of the phone.

The new body is more durable with water resistance that outstrips the typical IP68-rated phone – it can dive to 4m under water and stay there for half an hour. Android flagships are typically rated at 1.5-2m.

The Super Retina XDR display is the brightest on an iPhone and offers 800nits typical brightness (up from 625nits on the XS). It maxes out at 1,200nits when viewing HDR content (the phone supports both HDR10 and Dolby Vision). Apple improved the contrast too.

The Apple A13 Bionic chipset is both faster and more power efficient than before. It’s the fastest mobile chipset in single-core CPU performance as well as graphics. Also the beefed up Neural Engine enables the new computational photography magic in the camera.

The phones may feature all-new cameras, but the low 2x zoom ratio is old news – it may have been impressive on 2016’s iPhone 7 Plus, but in 2019 3x zoom cameras are pretty common and the best of the bunch offer 5x.

The chunky notch doesn’t live up to modern beauty standards either. Other makers have moved away from wide notches, but since Apple doesn’t have an in-display fingerprint reader, it has to keep the same notch as the iPhone X for a third year in a row.

The iPad Pros launched in 2017 with 120Hz screens and given the new name and all the talk of a “Pro” screen, it is reasonable to expect something better than the age-old 60Hz refresh rate. Apple is lagging behind the competition already in a feature that will only become more widely adopted on Android phones.

No reverse wireless charging is another issue. It was never promised, but it made a lot of sense with the announcement of the new AirPod case that supports wireless charging. As it stands, Apple’s only charging-related upgrade is including the 18W brick in the box – something won’t impress even a 2015 Android flagship. 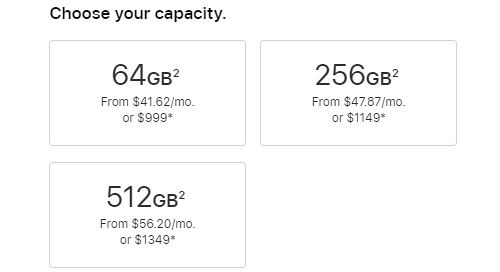 Keep in mind that one minute of 4K/60fps footage with HEVC encoding takes up 400MB of storage. The iPhone 11 Pros can record 4K/60 video with all four cameras – they can even do it simultaneously – but if you get a phone with 64GB storage you’ll have to use this feature sparingly.

The two iPhone 11 Pro handsets are heavier than the phones they replace – 188g vs. 177g for the Pro and 226g vs. 208g for the Pro Max. The larger model is particularly chunky, it’s one of the heaviest phones to be announced recently. Also note that the bezels are slightly wider.

Losing 3D Touch is a downgrade on a phone that’s supposed to be an improvement. Not everyone loved the feature, but still it was used by many as an intuitive way to navigate certain UI elements. Also, it was present only on the premium iPhones and not the “affordable” XR.

The triple camera has impressive features and we’re sure the image quality will be great too. Also, the fast charger will be life-changing for long-time Apple users who have never known anything better than 5W. If there are two features that should convince you the Apple iPhone 11 Pro and 11 Pro Max are worth it, the camera and the charger are it (the longer battery life is great as well).

Other than that, the phones feel like iPhone XSS. For starters, the displays are the same size and resolution as last year. Yes, the A13 is the fastest mobile chipset ever, but as Apple itself said, the A12 is still faster than Android’s best – if you have an iPhone XS, the A13 is not a reason to upgrade. Also, the water resistance up to 4m sounds great, but Apple’s terms and conditions state that it degrades over time and it likely won’t honor water damage warranty.

The equation changes if you have an older iPhone, but not as much as you may think. Even the iPhone X has a screen just as sharp as the 11 Pro, the same optical zoom, a very fast chipset and (if you buy an iPad charger) fast charging.

One Reply to “Apple iPhone 11 Pro upgrade: the good, the bad and the ugly”